Liquefied natural gas transport ship referred to as LNG, the main transport liquefied natural gas. The main component of liquefied natural gas is methane, which is easy to transport, and it is usually used in the low temperature (- 165 degrees Celsius) freezing method to make it liquefied. Our country is not only a country with a series of LNG ship types after Korea, Japan and other countries, but also the design of ship type in China has obvious advantages in safety, energy saving and environmental protection.LNG ship is at 162 degrees Celsius (-162) special shipping liquefied gas under low temperature, is a kind of "super frozen sea car", has been hailed as the world's shipbuilding "crown jewel", currently only a handful of countries such as the United States, Japan, South Korea and the European Chinese, the shipyard can build 13.

Photo of our LNG Vessel: 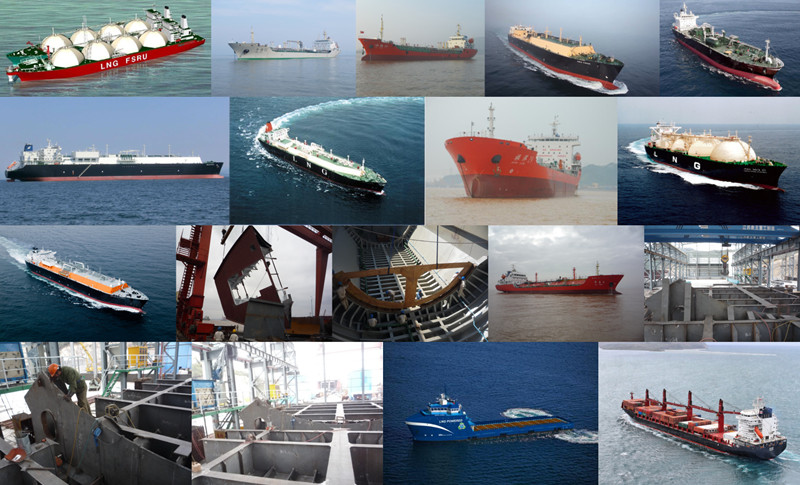 LNG ship refers to the LNG (natural gas Liquefied) from the liquefied plant to the receiving station of the special ship. The tank of the LNG ship is independent of the special structure of the hull. In the design of the ship, the main factors considered are the materials which can adapt to the low temperature medium, and the treatment of volatile or flammable materials. Ship size is usually restricted by the conditions of the port and the receiving station. Currently 125 thousand cubic meters is the most commonly used in size, the largest size in the construction of the ship has reached 200 thousand cubic meters. The service life of LNG ship is generally 40 ~ 45 years.


classification
From the ship was born to 2013, the world LNG tanker storage system mainly has two kinds of self support and thin film. There are two types of A type and B type, A type as the diamond or IHISPB, B type is spherical.
LNG receiving terminal has a dedicated terminal for LNG transport, ship berthing and unloading operation. Storage tanks for the storage of liquefied natural gas from the LNG transport ship. The re gasification device is to heat the liquefied natural gas into a gas, and the gas is transported to the end user through the pipeline. The cold energy released by LNG in the process of re gasification can be comprehensively utilized. In general, about 25% of the cold energy can be used.

technology
Look at the membrane type LNG carrier is better than MOSS in ship performance in general, but MOSS has the advantages of less restricted use, cargo loading operation and, in the early days of the LNG sea, MOSS ship has a large advantage.
According to the different types and construction methods, the liquid cargo hold of the thin film type ship is divided into No.96 type GTT type and Mark type III type, and No.96 GTT type insulation form is insulated box; Mark type III is composed of insulation board and rigid insulation material. The Hudong Zhonghua shipbuilding (Group) Co. Ltd. has successfully built the GTT No.96 type LNG ship. GTT No.96 has higher demand than the Mark type construction process in hull, whether in precision control or welding requirements, to build GTT No.96 requirements, basically also mastered the Mark type construction technology.
In the liquid cargo tank, the second layer of INVAR welding, No.96 GTT type can be a large number of automatic welding, welding quality control, and Mark type III manual welding more, welding quality is not easy to control.

structure
Liquefied natural gas (LNG) ship types according to the structure of the cargo tank have independent storage tank type and membrane type two kinds. Early liquefied natural gas (LNG) ship is independent storage tank type, is cylindrical, cylindrical and spherical shape of the storage tank in the boat. The tank itself has certain strength and stiffness. Structural member support and fixed effect to the tank only. Late 60 s, the film type LNG ship. This kind of double hull structure is used in ship hull inner shell is the carriage of the cargo tank shell. In the cargo tank lining has a membrane made of nickel alloy steel sheet. In contact with it and the cryogenic liquid directly, but only up to prevent liquid leakage barrier effect, both on the membranes of the liquid cargo to load through the membrane and the thermal barrier between the inner hull directly to the main hull. Compared with independent storage tank type, diaphragm type has the advantage of high volume utilization, structure, light weight, so the new LNG ship, especially large, membrane structure is used to most. The structure of materials and technology requirements. In addition, Japan also developed a half film type ship structure in between.
Liquefied natural gas (LNG) ship equipment complex, high technical requirements, volume compared with the deadweight of the same oil tanker is larger, so the cost is much bigger. Liquefied natural gas (LNG) ship is generally equipped with gas liquefaction plant again, can also transport liquefied petroleum gas (LPG).